While the Bulls in the stock market were watching corporate earnings closely, we were watching another kind of bull in Baker City. Vision Wealth Management, Inc. was proud to be a sponsor for the 20th annual Bronc & Bull Riding. The Baker City Bronc & Bull Riding committee originated its event in 1995 to produce a one-day bull riding to raise funds for charity. It has been very successful and has raised in excess of $299,000, for a variety of charities. 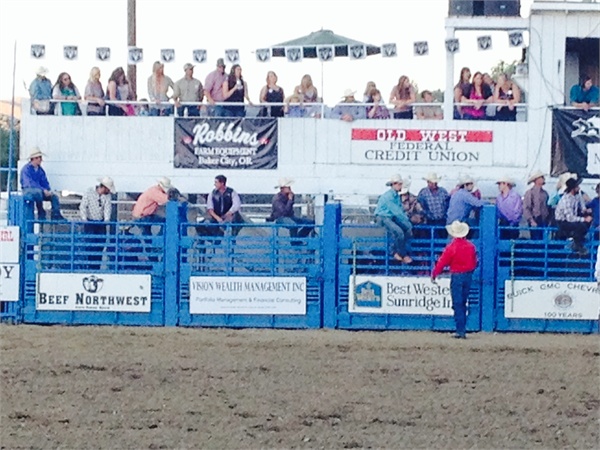