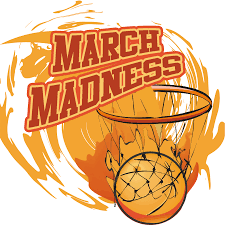 It’s March, and that means one thing: March Madness. All across the country, people are filling out their brackets, studying the teams, and trying to pick that upset that will impress their friends and coworkers with their basketball acumen.

The anticipation of the NCAA college basketball tournament reflects the buzz of the markets thus far in 2017. The stock market has continued to march higher with impressive consistency. The S&P 500 followed January’s 1.9% gain with a 4.0% return in February, delivering the best monthly gain since 6.8% in March 2016 and extending its monthly winning streak to four. Not to be outdone, the Dow had an impressive 12-day win streak that ended on February 28, the longest streak since 13 in January 1987. The major indexes have also gone more than 100 days without a 1% decline, something that hasn’t been done in more than 20 years.

Against this backdrop, the Federal Reserve (Fed) has remained a focus for market participants. In a widely expected move that was fully priced into the bond market for several weeks, the Fed’s policymaking arm, the Federal Open Market Committee (FOMC), raised rates 0.25% (25 basis points). With this move, the FOMC affirmed its strength in the U.S. economy and upgraded its views on business capital spending. The Fed continued to indicate that any future rate hikes would be data dependent and gradual, good news for those concerned that the recent strength in the economy and markets would lead the Fed to take a more aggressive tightening stance. LPL Research continues to expect the Fed to raise rates twice more in 2017, consistent with the Fed’s guidance, and expect Fed policy to be more of a steadying hand than a disruption.

I am encouraged that the Fed recognizes the continued improvement in the U.S. economy that is evident in recent economic data. Importantly, about 60% of February 2017 economic reports exceeded consensus expectations. The improvement has been largely driven by two factors: anticipation of pro-growth policies out of Washington, D.C. (tax reform, deregulation, infrastructure spending, etc.), and the continued rebound from the period of slow growth in late 2015/early 2016 due to oil-related capital spending declines, tightening credit standards, a strong U.S. dollar, and slower growth in China.

Despite the Fed’s recent vote of confidence in the economy, the encouraging economic data, and strong start to 2017 for the stock market, I am still mindful of the risks that could introduce periods of “market madness” as periods of volatility are to be expected. A policy mistake by a government or central bank, uncertainty surrounding the new presidential administration, Brexit, China’s debt problem, and elevated stock valuations all present challenges. That said, I continue to encourage you to stick to your long-term plan and stay invested.

As always if you have any questions, please contact me.

The opinions voiced in this material are for general information only and are not intended to provide specific advice or recommendations for any individual security. To determine which investment(s) may be appropriate for you, consult your financial advisor prior to investing. All performance referenced is historical and is no guarantee of future results. Indexes are unmanaged and cannot be invested into directly.

Economic forecasts set forth may not develop as predicted.

Investing in stock includes numerous specific risks including: the fluctuation of dividend, loss of principal and potential illiquidity of the investment in a falling market.

Investing in specialty market and sectors carries additional risks such as economic, political, or regulatory developments that may affect many or all issuers in that sector.

The Federal Open Market Committee (FOMC) is the branch of the Federal Reserve Board that determines the direction of monetary policy.

The Dow Jones Industrial Average Index is comprised of U.S.-listed stocks of companies that produce other (non-transportation and non-utility) goods and services. The Dow Jones Industrial Averages are maintained by editors of The Wall Street Journal. While the stock selection process is somewhat subjective, a stock typically is added only if the company has an excellent reputation, demonstrates sustained growth, is of interest to a large number of investors and accurately represents the market sectors covered by the average. The Dow Jones averages are unique in that they are price weighted; therefore their component weightings are affected only by changes in the stocks’ prices.

The S&P 500 Index is a capitalization-weighted index of 500 stocks designed to measure performance of the broad domestic economy through changes in the aggregate market value of 500 stocks representing all major industries.

This research material has been prepared by LPL Financial LLC.